One Bug To Rule Them All: Modern Android Password Managers and FLAG_SECURE Misuse

A few months ago I stumbled upon a 2016 blog post by Mark Murphy, warning about the state of FLAG_SECURE window leaks in Android. This class of vulnerabilities has been around for a while, hence I wasn’t confident that I could still leverage the same weakness in modern Android applications. As it often turns out, I was being too optimistic. After a brief survey, I discovered that the issue still persists today in many password manager applications (and others).

The FLAG_SECURE setting was initially introduced as an additional setting to WindowManager.LayoutParams to prevent DRM-protected content from appearing in screenshots, video screencaps or from being viewed on “non-secure displays”.

This last term was created to distinguish between virtual screens created by the MediaProjection API (a native API to capture screen contents) and physical display devices like TV screens (having a DRM-secure video output). In this way Google forestalled the piracy apps issue by preventing unsigned apps from creating virtual “secure” displays, only allowing casting to physical “secure” devices.
While FLAG_SECURE nowadays serves its original purpose well (to the delight of e.g. Netflix, Google Play Movies, Youtube Red), developers during the years mistook this “secure” flag as an easy catch-all security feature provided by Android to mark the entire app from being excepted from a screen capture or recording.

Unfortunately, this functionality is not global for the entire app, but can only be set on specific screens that contain sensitive data. To make matters worse, every Android fragment used in the application will not respect the FLAG_SECURE set for the activity and won’t pass down the flag to any other Window instances created on behalf of that activity. As a consequence of this, several native UI components like Spinner,Toast,Dialog,PopupWindow and many others will still leak their content to third party applications having the right permissions.

After a short survey, I decided to investigate a category of apps in which a content leak would have had the biggest impact: mobile password managers. This would also be the category of applications a generic attacker would probably choose to target first, along with banking apps.
With this in mind, I fired up a screen capture application (mnml) and started poking around. After a few days of testing, every Android password manager examined (4) was found to be vulnerable to some extent.

The following sections provide a summary of the discovered issues. All vulnerabilities were disclosed to the vendors throughout the second week of May 2019.

In 1Password, the Account Settings’ section offers a way to manage 1Password accounts. One of the functionalities is “Large Type”, which allows showing an account’s Secret Key in a large, easy-to-read format. The fragment showing the Secret Key leaks the generated password to third-party applications installed on the victim’s device. The Secret Key is combined with the user’s Master Password to create the full encryption key used to encrypt the accounts data, protecting them on the server side. 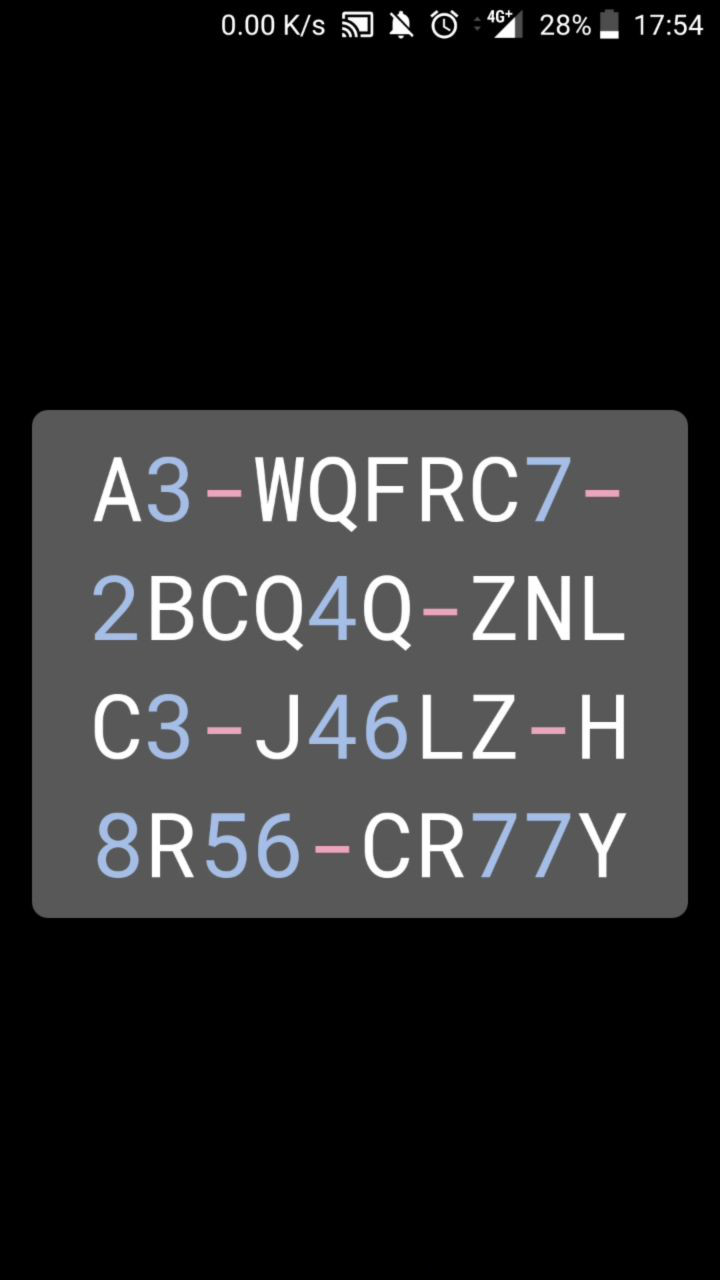 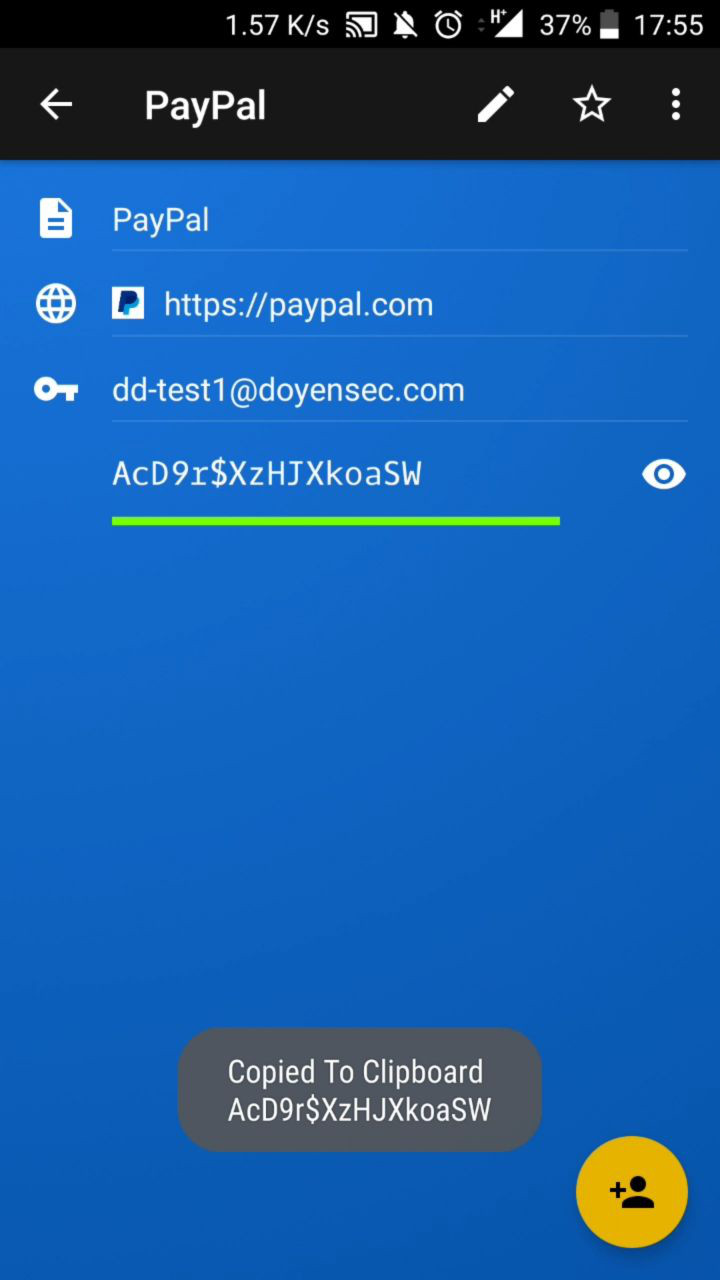 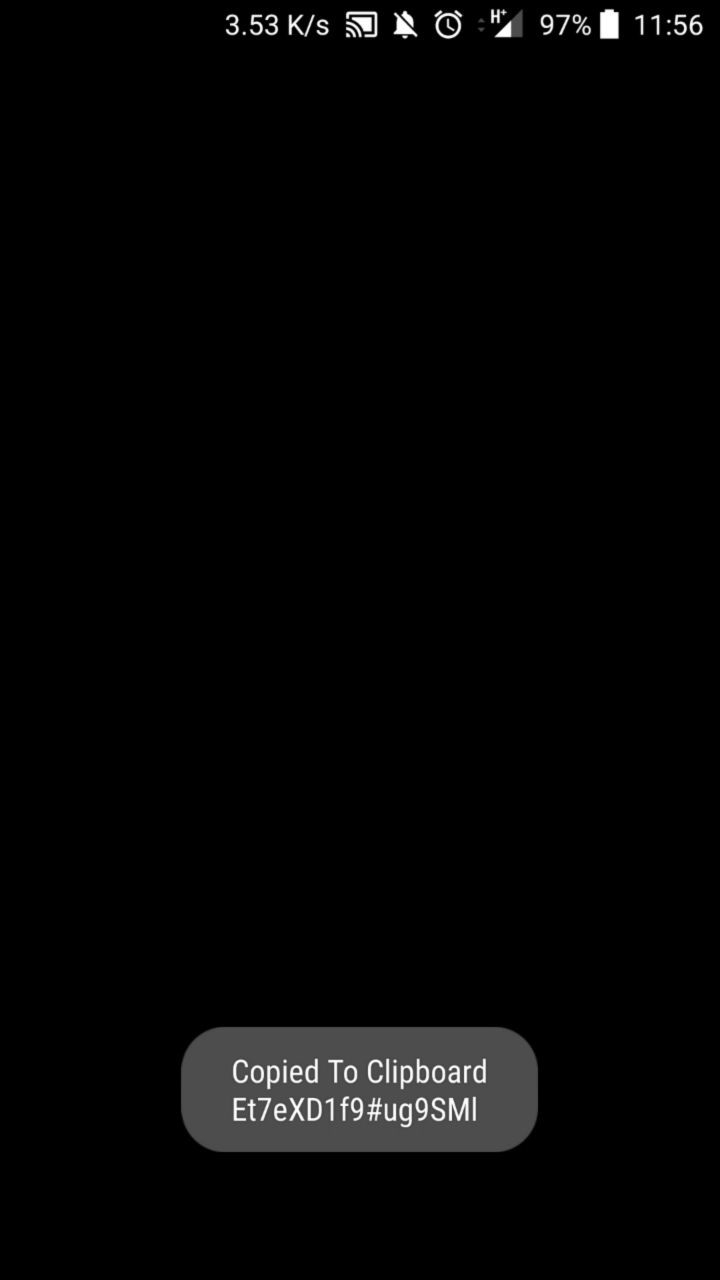 This was fixed in Keeper for Android version 14.3.0, which was released on June 21, 2019. An official advisory was also issued.

Dashlane features a random password generation functionality, usable when an account entry is inserted or edited. Unfortunately, the window responsible for choosing the parameter for the “safe” passwords is visible by third parties applications on the victim’s device. 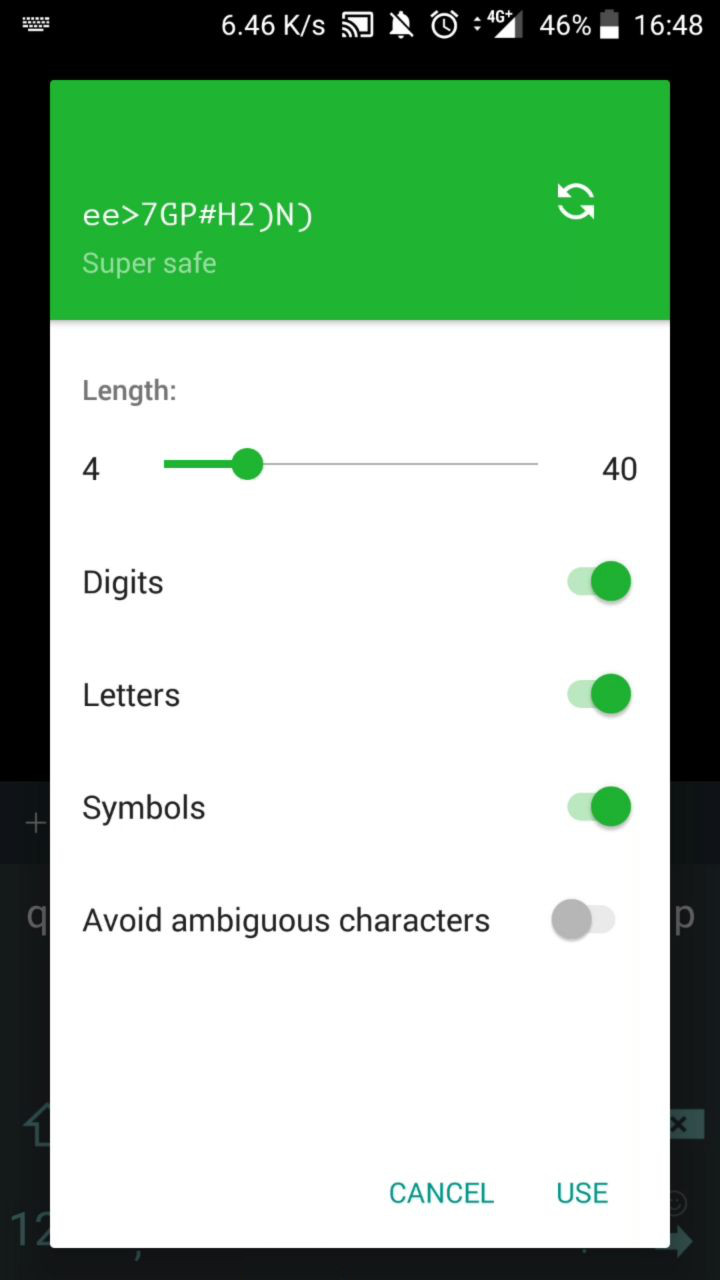 Note that it is also possible for an attacker to infer the service associated with the leaked password, since the services list and autocomplete fragment is also missing the FLAG_SECURE flag, resulting in its leak. 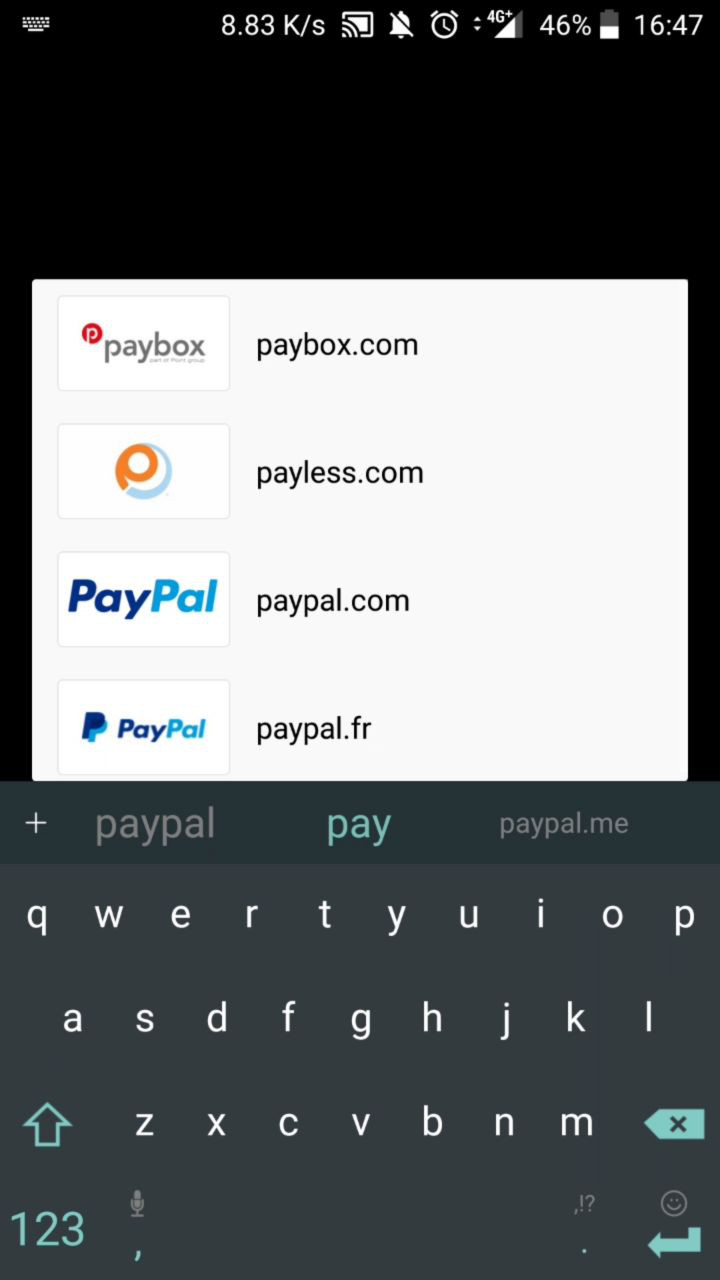 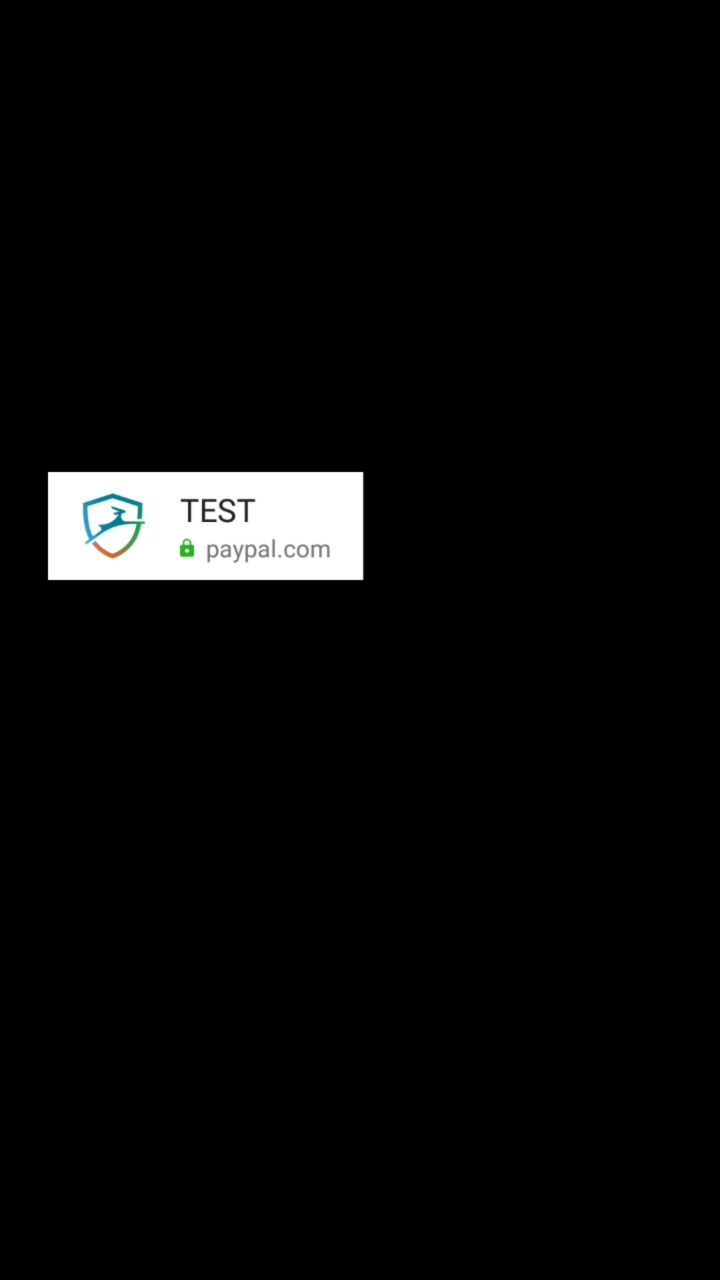 The issue was fixed in Dashlane for Android in version 6.1929.2.

Several scenarios would result in an app being installed on a user’s phone recording their activity. These include:

If these scenarios seem unlikely to happen in real life, it is worth noting that there have been several instances of apps abusing this class of attacks in the recent past.

Many thanks to the 1Password, Keeper, and Dashlane security teams that handled the report in a professional way, issued a payout, and allowed the disclosure. Please remember that using a password manager is still the best choice these days to protect your digital accounts and that all the above issues are now fixed.

As always, this research was possible thanks to my 25% research time at Doyensec!