AJP (Apache JServ Protocol) is a binary protocol developed in 1997 with the goal of improving the performance of the traditional HTTP/1.1 protocol especially when proxying HTTP traffic between a web server and a J2EE container. It was originally created to manage efficiently the network throughput while forwarding requests from server A to server B.

A typical use case for this protocol is shown below: 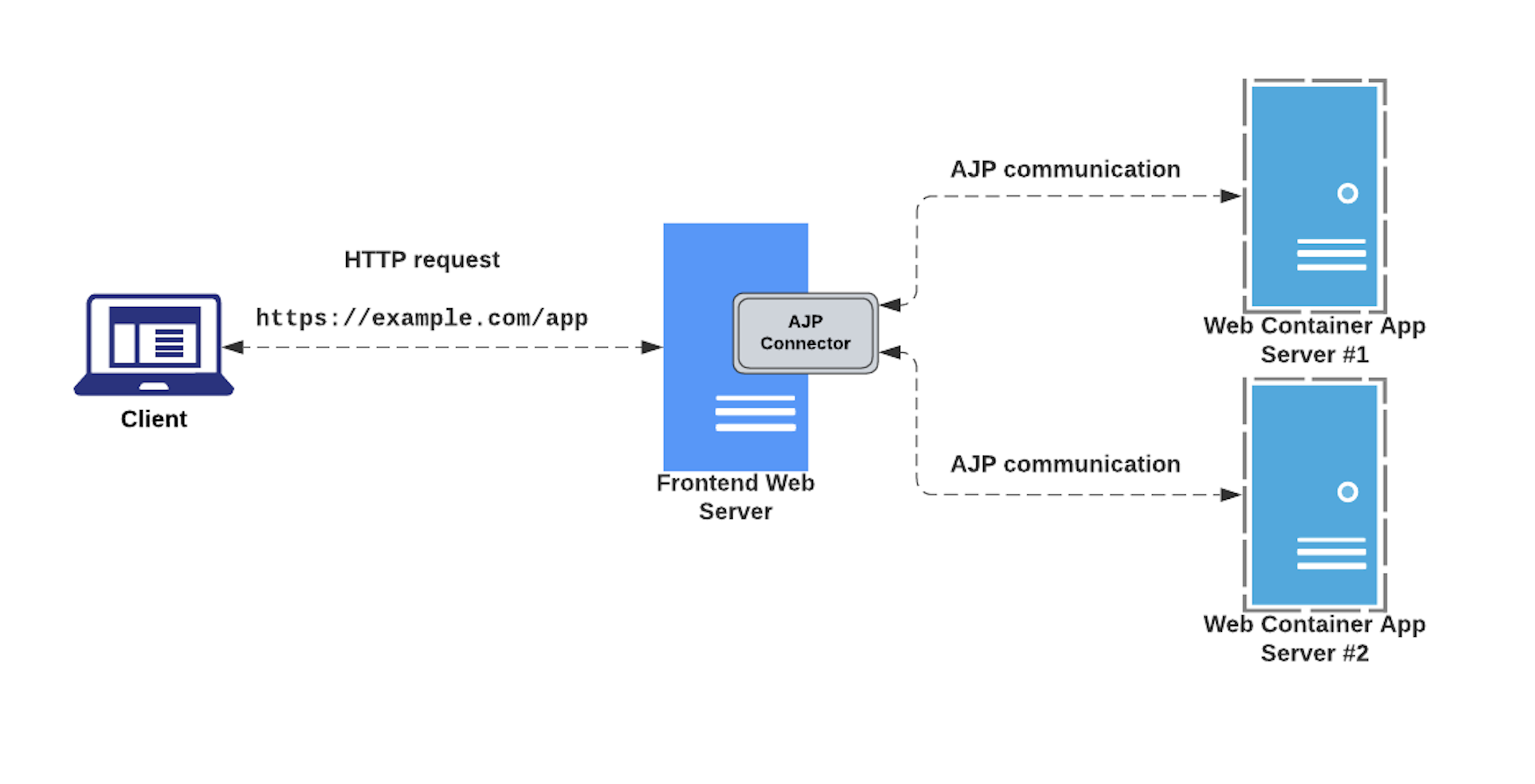 During one of my recent research weeks at Doyensec, I studied and analyzed how this protocol works and its implementation within some popular web servers and Java containers. The research also aimed at reproducing the infamous Ghostcat (CVE-2020-1938) vulnerability discovered in Tomcat by Chaitin Tech researchers, and potential discovering other look-alike bugs.

This vulnerability affected the AJP connector component of the Apache Tomcat Java servlet container, allowing malicious actors to perform local file inclusion from the application root directory. In some circumstances, this issue would allow attackers to perform arbitrary command execution. For more details about Ghostcat, please refer to the following blog post: https://hackmag.com/security/apache-tomcat-rce/

Back in 2017, our own Luca Carettoni developed and released one of the first, if not the first, open source libraries implementing the Apache JServ Protocol version 1.3 (ajp13). With that, he also developed AJPFuzzer. Essentially, this is a rudimental fuzzer that makes it easy to send handcrafted AJP messages, run message mutations, test directory traversals and fuzz on arbitrary elements within the packet.

Once connected to the target host, send the malicious ForwardRequest packet message and verify the discosure of the test.xml file:

The server AJP connector will receive an AJP message with the following structure:

The combination of libajp13, AJPFuzzer and the Wireshark AJP13 dissector made it easier to understand the protocol and play with it. For example, another noteworthy test case in AJPFuzzer is named genericfuzz. By using this command, it’s possible to perform fuzzing on arbitrary elements within the AJP request, such as the request attributes name/value, secret, cookies name/value, request URI path and much more:

Web binary protocols are fun to learn and reverse engineer.