In the past three years, Doyensec has been providing security testing services for some of the global brands in the cryptocurrency world. We have audited desktop and mobile wallets, exchanges web interfaces, custody systems, and backbone infrastructure components.

We have seen many things done right, but also discovered many design and implementation vulnerabilities. Failure is a great lesson in security and can always be turned into positive teaching for the future. Learning from past mistakes is the key to create better systems.

In this article, we will guide you through a selection of four simple (yet dangerous!) application vulnerabilities.

For that, you would probably need to wait for Jean-Philippe Aumasson’s talk at the upcoming BlackHat Vegas.

This blog post was brought to you by Kevin Joensen and Mateusz Swidniak.

Cross-Origin Resource Sharing is used for relaxing the Same Origin Policy. This mechanism enables communication between websites hosted on different domains. A misconfigured CORS can have a great impact on the website security posture as other sites might access the page content.

Imagine a website with the following HTTP response headers:

If an attacker has successfully lured a victim to their website, they can easily issue an HTTP request with a null origin using an iframe tag and a sandbox attribute.

When the victim visits the crafted page, the attacker can perform a request to https://bitcoinbank/keys and retrieve their secret keys.

This can also happen when the Access-Control-Allow-Origin response header is dynamically updated to the same domain as specified by the Origin request header.

In some programming languages, optimizations performed by the compiler can have undesirable results. This could manifest in many different quirks due to specific compiler or language behaviors, however there is a specific class of idiosyncrasies that can have devastating effects.

Let’s consider this Python code as an example:

At first sight, there is nothing wrong with this code. Yet, there is actually a quite severe bug. The problem is that Python runs with __debug__ by default. This allows for assert statements like the security control illustrated above. When the code gets compiled to optimized byte code (*.pyo files) and lands into production, all asserts are gone. As a result, the application will not enforce any security checks.

Similar behaviors exist in many languages and with different compiler options, including C/C++, Swift, Closure and many more.

If you were to run this code in Xcode, then it would simply hit your assertionFailure in case of an incorrect password. This is because Xcode compiles the application without any optimizations using the -Onone flag. If you were to build the same code for the Apple Store instead, the check would be optimized out leading to no password check at all since the execution will continue. Note that there are many things wrong in those three lines of code.

Talking about assertions, PHP takes the first place and de-facto facilitates RCE when you run asserts with a string argument. This is due to the argument getting evaluated through the standard eval.

A bug class that is also easy to overlook in fin-tech systems pertains to arithmetic operations. Negative numbers and overflows can create money out of thin air.

For example, let’s consider a withdrawal function that looks for the amount of money in a certain wallet. Being able to pass a negative number could be abused to generate money for that account.

The if statement correctly checks if the balance is higher than the requested amount. However, the code does not enforce the use of a positive number.

The check would be satisfied and the code responsible for updating the amount would look like the following:

This would enable an attacker to get free money out of the system.

Talking about numbers and arithmetic, there are also well-known bugs affecting lower-level languages in which signed vs unsigned types come to play.

Let’s take a look at an example with pseudo-code:

Assuming the system still allows withdrawals (e.g. perhaps a loan), the following code will be exercised:

Yes! No longer in debt thanks to integer wrapping. Current balance is now 32767.

Last but not least, we would like to introduce a simple infoleak bug. This is a very widespread issue present in the password reset mechanism of many web platforms. 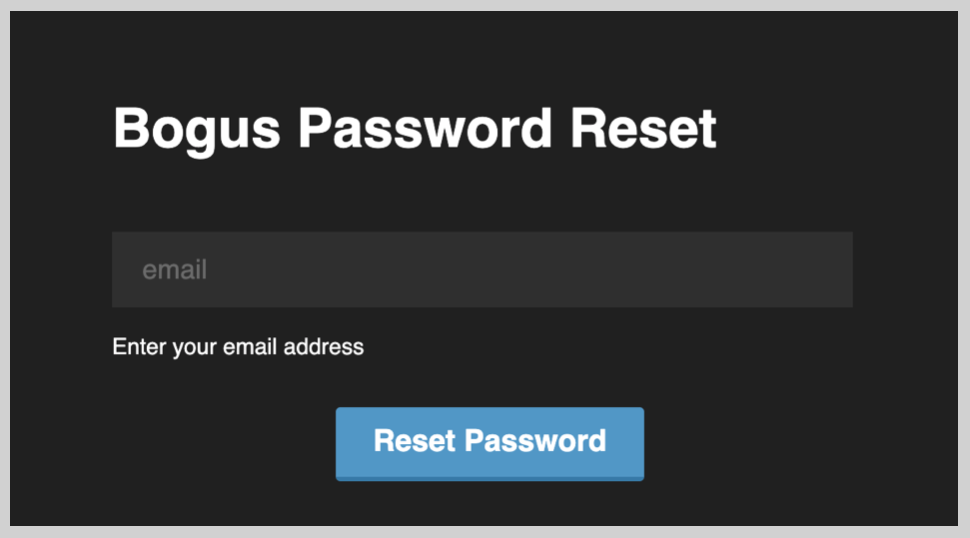 A standard procedure for a password reset in modern web applications involves the use of a secret link sent out to the user via email. The secret is used as an authentication token to prove that the recipient had access to the email associated with the user’s registration.

But what actually happens when the user clicks the link?

When a web browser requests a resource, it typically adds an HTTP header, called the Referer header indicating the URL of the resource from which the request originated. If the resource being requested resides on a different domain, the Referer header is still generally included in the cross-domain request. It is not uncommon that the password reset page loads external JavaScript resources such as libraries and tracking code. Under those circumstances, the password reset token will be also sent to the 3rd-party domains.

As a result, personnel working for the affected 3rd-party domains and having access to the web server access logs might be able to take over accounts of the vulnerable web platform.