This is the story of how I stumbled upon a code execution vulnerability in the Visual Studio Code Python extension. It currently has 16.5M+ installs reported in the extension marketplace.

Fair enough, I thought, I just need to install pylint.

To my surprise, after running pip install --user pylint the warning was still there. Then I noticed venv-test displayed on the lower-left of the editor window. Did VSCode just automatically select the Python environment from the project folder?! To confirm my hypothesis, I installed pylint inside that virtualenv and the warning disappeared. 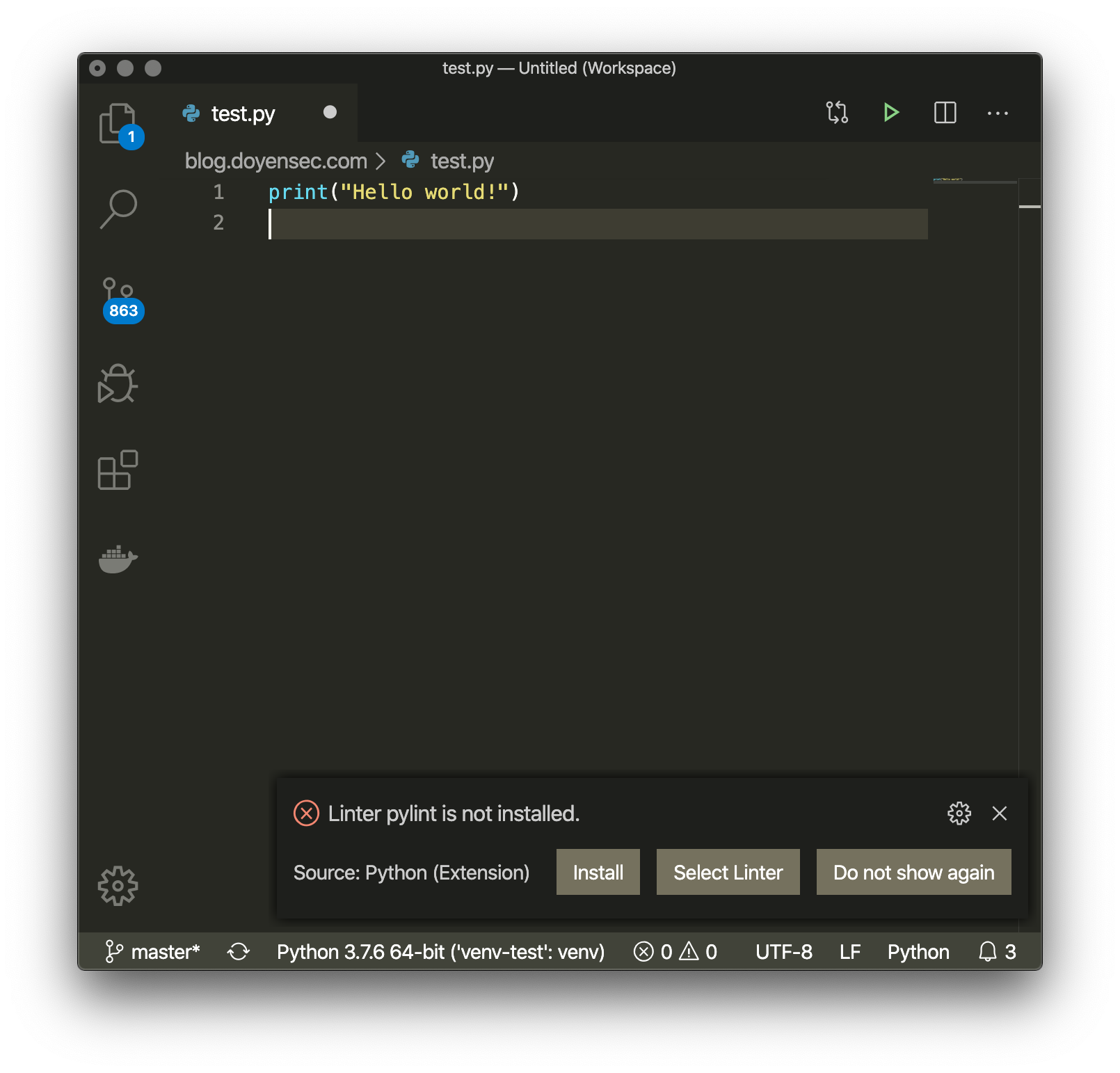 This seemed sketchy, so I added os.exec("/Applications/Calculator.app") to one of pylint sources and a calculator spawned. Easiest code execution ever!

VSCode behaviour is dangerous since the virtualenv found in a project folder is activated without user interaction. Adding a malicious folder to the workspace and opening a python file inside the project is sufficient to trigger the vulnerability. Once a virtualenv is found, VSCode saves its path in .vscode/settings.json. If found in the cloned repo, this value is loaded and trusted without asking the user. In practice, it is possible to hide the virtualenv in any repository.

The behavior is not in VSCode core, but rather in the Python extension. We contacted Microsoft on the 2nd October 2019, however the vulnerability is still not patched at the time of writing. Given that the industry-standard 90 days expired and the issue is exposed in a GitHub issue, we have decided to disclose the vulnerability.

You can try for yourself! This innocuous PoC repo opens Calculator.app on macOS:

This repo contains a “malicious” settings.json which selects the virtualenv in totally_innocuous_folder/no_seriously_nothing_to_see_here.

In case of a bare-bone repo like this noticing the virtualenv might be easy, but it’s clear to see how one might miss it in a real-life codebase. Moreover, it is certainly undesirable that VSCode executes code from a folder by just opening a Python file in the editor.